With the closure of the 5G telecom auctions, India has joined a select list of 70 countries with 5G technology offerings. The government garnered Rs 1.5 lakh crore from the sale of spectrum, with four players bidding actively. At least Rs 13,000 crore of the cash flow is likely this fiscal. From the players’ perspective, subscriber upgrade to 5G and aggressive market share gains will be key to success.

However, 5G rollout faces a host of challenges — among others, a lack of use cases, costly handsets, and potential rollout at a premium that will limit 5G revenue to single digit share of total revenue by fiscal 2026

Additionally, the low level of fiberisation at present will necessitate network capex of Rs 1.5-2.5 lakh crore in the next 2-3 years, with a potential 5-9% increase due to rupee depreciation this fiscal alone. Zero spectrum usage charge (SUC) and relaxation of upfront payment, though, provide some relief here.

As things stand, enterprise readiness is on a sticky wicket at present, though manufacturing appears to be the most suitable and ready for 5G adoption.

We take a closer some of these aspects below.

Competition between Reliance Jio and Bharti Airtel was intense. Their spending on the 3300 MHz band in metro and Category A (CAT A) circles — where

deployment is expected to be at an early stage — was on equal footing to acquire equal or more than ideal contiguous bandwidth.

Vodafone Idea’s spending remained at 50% of the top

two players in metro and CAT A circles.

However, Reliance Jio stepped up the game in CAT B and CAT C circles by acquiring 130 MHz in seven out of 14 circles. It spent about Rs 1,500 crore more than Airtel to capture early market share and drive quicker subscriber conversions to 5G, given it has only 4G subscribers.

The differentiating factor was 700 MHz

The 700 MHz has always been a premium band as it helps telcos cut costs on towers and provides better network coverage. Due to its low frequency and the ability to penetrate buildings efficiently, the band provides an edge to telcos in terms of connectivity in congested regions.

However, speed is compromised in the 700 MHz band. During test runs, while the top 5G speed of players.

Legacy services, lack of use cases among key hurdles

only after tariff wars and heavy data offerings

Further, the 700 MHz band is exposed to the risk of low data capacity. A conjugate offering of 700 MHz and 3300 MHz bands mitigates this risk.

Lack of use cases

The National Broadband Mission targets to fiberise 70% of India’s base transceiver stations (BTS) by fiscal 2025, an ideal requirement for the efficient rollout of 5G services. However, with fiberisation at 35.11% in India as of June 2022, more than 3 lakh km has to be covered at the pan-India level between fiscal 2023 and fiscal 2025. Further, there is a huge variance across states with fiberisation at ~40% in metro and 31-33% in CAT C circles. Fiberisation is less at 25-30% in some CAT B and CAT C circles such as Himachal Pradesh, Uttar Pradesh East and West Bengal. Success of early 4G to 5G conversion hinges on improvement in fiberisation levels in Metros.

A major reason for the slow pace of fiberisation is the right of way (ROW) cost, which ranges from several lakh to a few crore across circles. While the central government has taken efforts to maintain a uniform ROW cost across circles, the high disparity has been a huge roadblock to reaching the fiberisation target.

Telecom operators will have to shell out Rs 1.5 lakh crore to Rs 2.5 lakh crore between fiscal 2023 and 2026 to achieve the remaining 36% fiberisation target by fiscal 2026 and spend on incremental BTS for 5G.

The soaring dollar is also expected to have a marginal impact on the network capex of telecom operators in fiscal 2023. While fiberisation can be achieved through domestic procurement, BTS procurement relies highly on imports (70-75% of the total telecom equipment market).

Post collection of ~Rs 1.5 lakh crore and relaxation of upfront payment by 50%, the telecom services operators have an option to pay the dues in 20 instalments.

to Rs 5,000 crore for private players. While auction obligations mandate the rollout of 5G services in at least one city by the first year, the full benefit of cost savings is only expected to be realised only in fiscal 2024. Operating margins are also expected to expand a further 150-200 bps.

Enterprise segment is a potential gold mine…

The 26 GHz band is predominantly used for enterprise services in the United States. In India, too, the band is widely accepted for 5G enterprise use cases.

All the players showed a keen interest in the 26GHz band and spent Rs 14,490 crore cumulatively

…but industry readiness a point of concern

The readiness level of end-user industries paints a mixed picture.

Barring manufacturing, the existing industrial ecosystem in India is at a rather nascent stage in terms of readiness to adopt advanced 5G technology.

Further, while the pandemic has propelled innovation through digital transformation, the readiness of micro, small and medium enterprises (MSMEs) is even more widely skewed and almost abysmal.

Therefore, the next 2-3 years will be crucial in terms of significant revenue generation based on development of the industrial ecosystem.

The entry of tech players could, however, hamper the 5G revenue prospects of operators.
The global 5G industry, which has grown to account for 2-3% of total revenue in the last 3-4 years, is also mired in similar issues, made worse by the pandemic and competition, leading to soft 5G launches.

India, on the other hand, is likely to be in a better shape, given adequate availability of handsets and other technology infrastructure in the global market. However, the above-mentioned roadblocks are expected to limit the share of 5G revenue in total Indian telecom revenue to single digit till fiscal 2026.

Share with your friendsEnthusiastic and Excited IT CS candidates appeared well prepared to ring in the new year with a boom for their own festival “Techstrom” offline. Mumbai: Department of Computer Science & IT of Ramnarain Ruia Autonomous College, Matunga Mumbai, hosted a 2 days Intercollegiate IT Festival “TECHSTORM”. This festival was supported by various […] 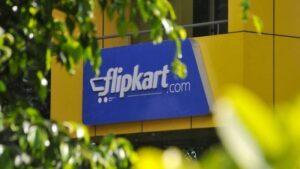 Share with your friendsWith the launch of Jeeves, Flipkart enters the product repair, maintenance, and installation services market. Flipkart, India’s homegrown e-commerce marketplace, has announced the launch of Home Product Services on its app for customers to meet their product repair, maintenance, and installation service requirements. The after-sales services will be delivered by Flipkart’s service […] 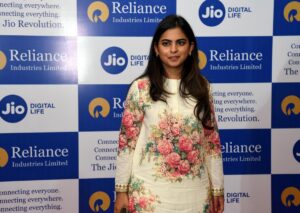 Share with your friendsMETRO India, a wholly owned subsidiary of METRO AG, operates cash and carry stores primarily under ‘METRO’ brand in India, with a unique history of 19+ years of experience and innovation in B2B segment The acquisition will add uniquely positioned multi-category large format stores to Reliance Retail’s store footprint across India and […]