AI has been extensively used by the masses despite most of us not really knowing what it is and how it works, the textbook definition of AI is that “ It is the science and engineering of making intelligent machines, especially intelligent computer programs. It is related to the similar task of using computers to understand human intelligence, but AI does not have to confine itself to methods that are biologically observable.” as defined by John McCarthy, the world-renowned Computer scientist.

Examples of AI we use in real life are:

AI is very complex for the common man to understand so to simplify it. Artificial intelligence is a feild, it amalgamates computer science and sets of information that are composed of separate elements but can be manipulated as a unit by a computer. AI incorporates deep and machine learning, streamlining it further; machine learning is the ability of a machine to learn through experience and to obtain skillsets without of the need of human intervention. Deep learning is a subclass of machine learning, it is a neural network comprising of various layers, the neural network, and algorithm master from various sets of data. Just how human learn from experience, deep learning executes functions frequently and each time tweaking the way it does it to better the outcome. The more data provided the better its functionality. Virtual assistants, translations, chatboxes and facial recognition require deep learning.

As described by the IBM (International business machines corporation), a successful AI should be able to do the following:

Moving onto to the main discussion of this article, i would like to point out the fact that in a world where global warming, world hunger, poverty and human rights are still prevalent, AI is a matter to be worried about. These are concerns related to weak AI, as strong AI and superior AI are not part of our daily lives and are still researched about (superior AI is still a concept). Arguments against AI range from it making humans lazy to it having no ethics, The points listed down below are the most popular points raised against AI

Despite of the valid argument presented against the use of AI, there are many ways to counter these, and most of it requires the understanding of growth, progress, and modernization. The human race has never been pristine and one of its main goals is to reach as close as it can to be immaculate, we’ve not only progressed physically but also in the way we conduct routines and tasks. Society as a whole is better now than it was 200-400 years ago, one of the driving factors has been developments in the medical and technological field. We progress as a society to make life easier and more efficient for us and every major development from cures to diseases to innovation has had a hefty price tag, so why is it an issue with AI?

AI is programmed to work which are repetitive and do not require much creativity and hence bring up creativity as a point to demean AI wouldn’t be valid as its existence is to reduce repetitive tasks and allow the human mind to focus on the creative tasks. The ethics of the AI is directly dependent on the coder who programs it, AI could be coded in such a way that it makes performs tasks in an ethical manner.

However, there are various merits of incorporating AI, such as:

I would like to conclude with the fact that not only does AI help us enormously as we modernize more, it can also be used to greater strengths, strengths which are yet in development. Artificial intelligence is here to stay, stick around, and to succor the human race whenever needed. 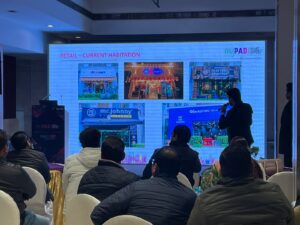 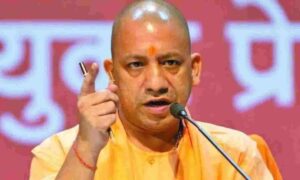