CINCINNATI–(BUSINESS WIRE)– The Procter & Gamble Company (NYSE:PG) today announced that at its 2022 Annual Meeting of Shareholders, Rajesh Subramaniam, President and Chief Executive Officer of FedEx Corporation, was newly elected to its Board of Directors, effective immediately. P&G shareholders elected all 11 P&G Director nominees, including Mr. Subramaniam and 10 incumbent Directors, with each receiving more than 90 percent support according to preliminary voting results. P&G’s Board is comprised of eminently qualified individuals who bring seasoned judgment and a variety of skills and experiences with them into the boardroom. The elected Directors are also demographically diverse—45 percent women and 45 percent multicultural—with a mix of tenure, age, and industry experience. P&G’s Board of Directors is made up of the following individuals:

P&G’s newest Board member Rajesh Subramaniam is President and Chief Executive Officer of FedEx Corporation, a position he has held since June 2022.

“Raj brings to P&G’s Board significant experience in the areas of corporate operations, strategy, technology, and innovation. In addition, his global leadership experience in markets outside the U.S. will allow him to contribute unique insights and perspective to our Board,” said Jon Moeller, P&G’s Chairman of the Board, President and Chief Executive Officer.

Prior to these roles, he held various leadership positions in operations and marketing across the FedEx portfolio of operating companies, including as a Senior Vice President and Vice President in the company’s Canada and Asia Pacific businesses, and began his career with FedEx in 1991.

In addition to serving on the Board of FedEx Corporation, Mr. Subramaniam serves on the U.S. Chamber of Commerce’s China Center Advisory Board, FIRST, U.S.-India Strategic Partnership Forum, and the U.S.-China Business Council. He is a member of the U.S.-India CEO Forum.

Company shareholders also voted today in favor of two Board proposals to ratify the appointment of P&G’s independent registered public accounting firm and for an advisory vote on executive compensation.

The results of the vote announced today are considered preliminary until final results are tabulated and certified by the independent Inspector of Elections. Final results will be reported on a Form 8-K filed with the U.S. Securities and Exchange Commission, at which time they will become available on www.pginvestor.com and www.sec.gov. 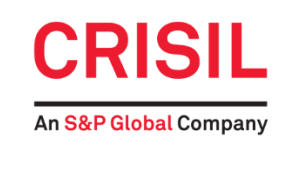 Share with your friendsRevenue to rise 23%; asset-light expansion to support credit profiles of organised cos Higher average room rate (ARR) and occupancy will help the Indian hotel industry log a strong improvement in profitability, as represented by earnings before interest, tax, depreciation and amortisation (Ebitda) margin, to around 34% this fiscal, compared with 24% […]

Share with your friendsMumbai, 4th November 2022: The JBCN International School, Oshiwara, encourages healthy social, emotional, and behavioral development of their learners through planned Mental Health Awareness engagements and activities.  The Enrichment department put together a week-long event focused on raising awareness about the importance of self-care and caring for others. The focus was primarily […]