Piyush Goyal, the Union Minister for Commerce and Industry, Consumer Affairs, Food and Public Distribution, and Textiles, met with venture capitalists on Wednesday and urged them to forge closer ties and more collaborative alliances with the thriving Indian startup community in the San Francisco Bay Area.

“Had a stimulating discussion with venture capitalists in the San Francisco Bay Area. The Minister tweeted about the meeting and “encouraged them for deeper interactions and bigger ties with the thriving Indian entrepreneurial ecosystem. He also urged them to think about mentoring early-stage Indian entrepreneurs in order to assist them in growing and succeeding.

The minister had earlier in the day spoken to the Stanford Graduate School of Business’s faculty and students. Additionally, he went to a gathering of the Indian community that the consulate sponsored in collaboration with TiE Silicon Valley, IIT Start-ups, and the Indian Community Centre.

Later in the day, when speaking with the media, Goyal noted that the Bay region is really optimistic about the future of India and Indian firms and start-ups. Additionally, they anticipate enormous opportunity in India’s 1.3 billion-person market.

He spoke into detail about the various measures the government had taken to enhance mentoring, including the Self Employment and Talent Utilization (SETU) programme and other programmes for upskilling and transformation. The Start-up Advisory Council is in charge of focusing on mentorship in tier 2 and tier 3 cities.

In response to a question regarding India’s semiconductor policy, Goyal stated that the country had created one months prior and provided highly lenient incentives for businesses to establish factories and manufacture semiconductors there.  A strong ecosystem and several SC chain components are already in place. Numerous businesses with whom we are in contact have expressed a strong interest in making investments in India, he continued.

In response to inquiries, Shri Goyal further emphasised the importance of promoting Indian goods internationally, particularly those covered by the One District One Program (ODOP) scheme. The Minister listed our initiatives to enhance ODOP product packaging, noting that prestigious institutes like the National Institute of Design (NID), National Institute of Fashion Technology (NIFT), etc. were enlisted to enhance the appearance and feel of packaging. Indore: What Startup Grind Actually Do?

Share with your friendsIndore: What Startup Grind Actually Do? The largest independent startup community, Startup Grind, actively connects, educates, and inspires 400,000 founders across 200 cities. Through events, media, and partnerships with groups like Google for Entrepreneurs, we support startup ecosystems in 70 different countries. Startups have become important forces for economic expansion and the […] 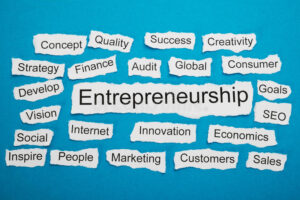 Share with your friendsMadhya Pradesh’s Indore Rajiv Chandrashekhar, the Union minister of state for electronics and information technology, skill development, and entrepreneurship, claimed on Friday that the country is experiencing a new ecosystem of start-ups and innovation, and that young people from all over the nation are at the forefront of it. Speaking here at […]