The release date for Rajkummar Rao’s eagerly anticipated follow-up, “Monica O My Darling,” has been made public. The movie is scheduled to premiere on the OTT service Netflix on November 11, 2022.

Radhika Apte and Huma Qureshi both play lead parts in the film. The bizarre character poster for “O My Darling” shows Rajkummar in his new character look, where he is depicted imprisoned in a claw, much like the intriguing and amusing trailer.

Even though the experimental actor is known for donning unique and unusual character looks, his new look in the poster for “O My Darling” has sparked a lot of enthusiasm, especially among his followers. It goes without saying that the announcement and the poster have sparked everyone’s interest in wanting to see more of this suspenseful drama.

The director of “Monica, O My Darling” is Vasan Bala. More information about the film was provided by Bala, who also stated, “Monica, O My Darling has been a dream project for me and we cannot wait to thrill everyone with this twisted crime comedy packed with intrigue and drama. It has been a true pleasure working with Matchbox Shots, Netflix, and our stellar ensemble cast to bring this original story to life.

According to a release, “Monica, O My Darling” is a neo-noir that pays tribute to films about the ideal scheme that resulted in havoc in the lives of the participants. Rajkummar will also be seen in Raj and DK’s “Gun and Gulaabs” in addition to “Monica O My Darling”.

Guns & Gulaabs is a tale of love and innocence set in a world of crime, inspired by the outcasts of the globe. The 90s romanticism of the series will be expertly combined with a crime thriller while also being subtly humorous.

Alongside actor Janhvi Kapoor, he will also be seen in the sports drama movie “Mr and Mrs. Maahi.” The movie, which was made by Dharma Productions, is Rajkummar and Karan Johar’s first joint effort.

On November 11, Monica O My Darling, starring Rajkummar Rao, will have its world premiere. 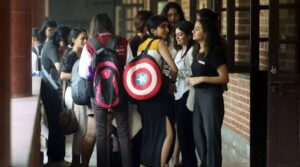 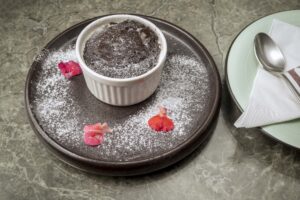 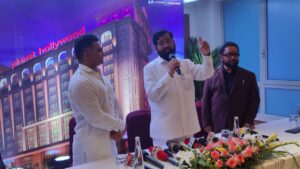